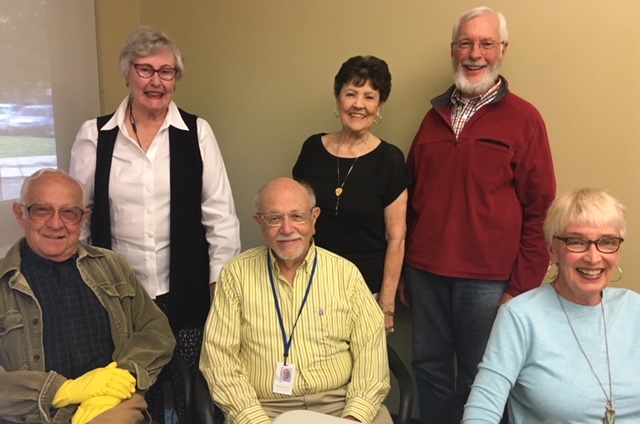 Playreaders meet every Monday from 2-3 pm I the Central Activity Center, Room B. Visitors are always welcome. Come early so that we can meet you and greet you.

God of Carnage is about two sets of parents. One has a child, who has hurt another child. The parents meet for a civilized discussion about the dilemma. Ferdinand’s father, is a lawyer who is never off his mobile phone and his mother is in “wealth management”. Bruno’s father, Michel is a wholesaler. His wife, Veronica is an author. As the evening develops, the parents become increasingly childish, devolving into chaos. Their arguments become irrational arguments, and are loaded with misogyny, racial prejudice and homophobia

Originally written in French, the play was a resounding success and has enjoyed equal acclaim in in both London and New York including the Best Play in 2009 at the Tony Awards. In collaboration with Roman Polanski, Reza wrote the screenplay adaptation.

Yasmina Reza ( 1959- )is a French playwright, actress, novelist and screenwriter.. Her plays reflect on contemporary middle-class issues. in 1987 Reza wrote Conversations after a Burial winning the Molière Award, the French equivalent of theTony Award, for Best Author. In 1994,’Art’ her next play won the Molière Award for Best Author. It has been produced worldwide performed in over 30 languages.

After living all his life with his mother Don has moved out and insists that his mother, Mrs. Barker not come to see him for at least two months. Then Jill moves into an apartment next door. After inviting herself over, Jill is shocked to discover that Don has lived a very sheltered life and tells him that her favorite quote is: “I only ask to be free. Butterflies are free.” To help liberate him she takes him out shopping to buy bohemian clothing. Soon they unlock the door separating their apartments opening other vistas. Mrs. Baker fears that Jill will break Don’s heart and tries to talk her out of Don’s life. Jill tells Mrs. Baker that if there is someone who should get out of Don’s life, it is she. Is heartbreak in the future for the couple or will it be freedom, independence and maybe love?

THE PLAYWRIGHT Leonard Gershe (1922 – 2002) was an American playwright, screenwriter, and lyricist. Gershe was the lyricist, in the musical stage adaptation of Destry Rides Again He won an Oscar for Best Writing for Funny Face and the Writers Guild of America Award for Best Comedy Adapted from Another Medium for Butterflies Are Free.

Saturday, May 21, 10:00 a.m. to 1:00 p.m. Interested in receiving first-hand knowledge of home hardening techniques and landscape projects that your Oakmont neighbors have

The May 14 Oakmont Newspaper was printed with the incorrect date of April 23 on the front page. Rest assured, all the news in the