OWGS and TOWGC JOINT INVITATIONAL, ‘SONOMA STRONG’: 9/20/18 – Very beautiful and special event including 84 golfers. The game was Cha-Cha-Cha with many surprises along the course, including – hitting a marshmallow from the tee box as the first stroke, using a mulligan, allowing Pro Rebecca Heinmert perform the drive for the team – raising $220 for the Oakmont Golf Academy, amazing signage at each hole with instructions, and closest to the PIN for member and for guest at the Par 3’s. Thank you to Kathy Mokricky for all the unique and fun signage, Kris Peters for the perfect score cards, Linda Yates and Tammy Siela for incredible decorations, Lynn Davis for gift cards, Eileen Beltrano for a powerful and moving video chronicling our Sonoma Strong theme, and Joan Seliga for our special Tee prizes. Realtors generously contributing to the event – Linda Frediani, Nancy Shaw, Gail Holmes and Karen Sites.

Save the Date for Monday, November 5th for the Maintenance Crew Thank You Potluck! 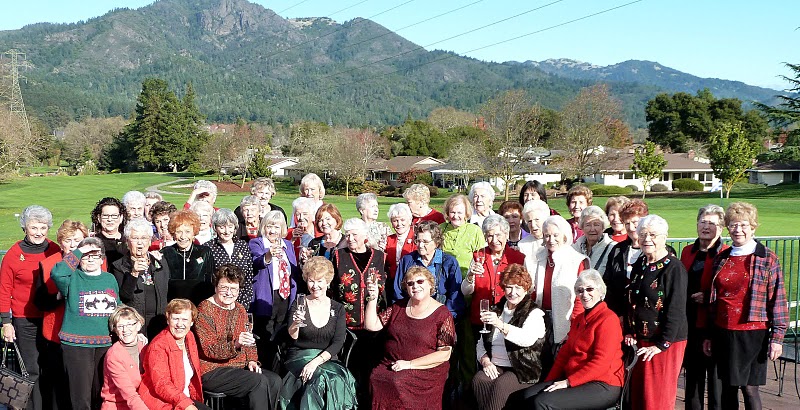