On Saturday, November 10, at 7 p.m., three remarkable performers will come together at the Berger Center to share their unique blend of singing harmony and playing folk guitar, rock, blues, and jazz. The Natural Rhythms Trio, who played at a benefit for Sebastopol firefighters last year, will mark their 24th concert together when they come to Oakmont. They all have performed on each other’s numerous CDs.

Elise Witt, from Atlanta, speaks five languages and sang with the Robert Shaw Chamber Singers for 20 years. They did a yearly series in Carnegie Hall throughout the 1980s and ’90s. She won the William L. Womack Creative Arts award for helping teenage girls in Afghanistan, Nepal, Guatemala, and Somalia learn English and gain self-confidence.

Becky Reardon, from Taos, sang in four of Charles Schultz’s holiday TV specials. She is a trained opera singer and composes music. Terry Garthwaite played lead guitar and wrote songs for the rock band Joy of Cooking in the ’70s. You’ll hear her playing rattles, shakers, and two large seed pods at the upcoming concert. She has shared the stage with B.B. King, Janis Joplin, Bonnie Raitt, The Band, Allen Ginsberg, and Santana.

Tickets are $20 for members, $25 for nonmembers. Members can buy them at our next general meeting November 8. All Oakmont residents and their guests are welcome at the concert; email Oakmont Rainbow Productions at ORPtickets@gmail.com. 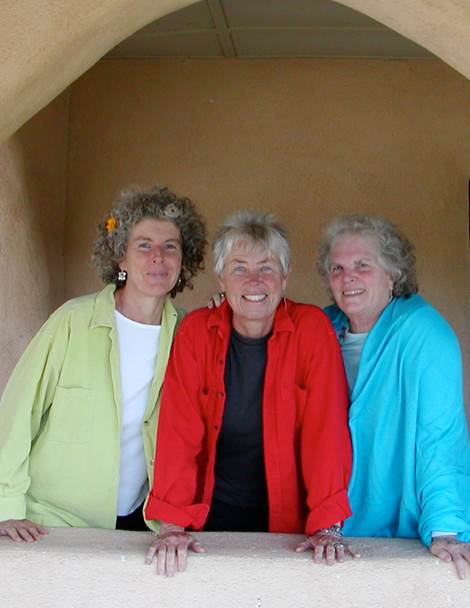 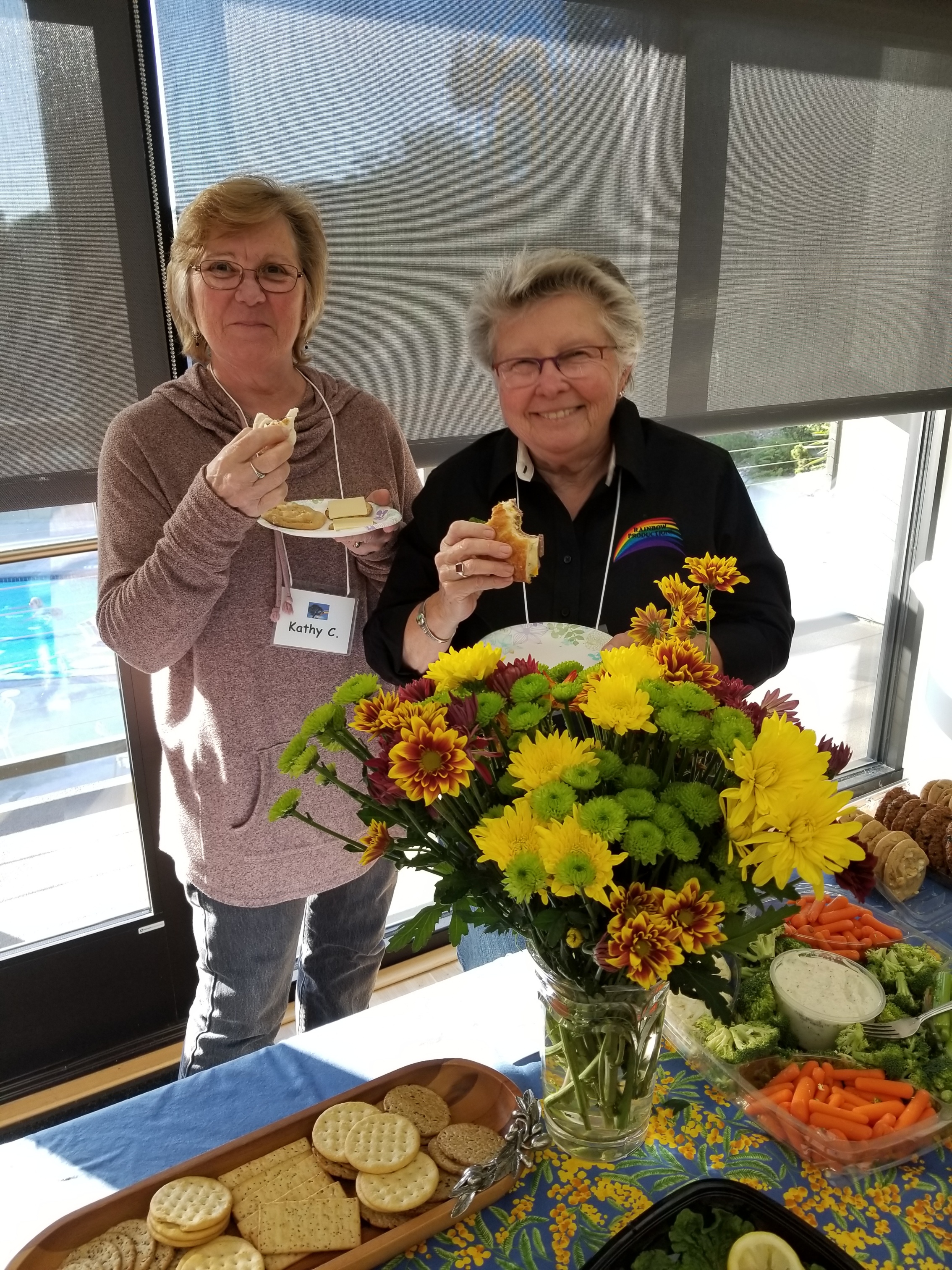 At our new-member reception and general meeting in October, we had food, flowers, and special-interest group displays. Five new Oakmont residents joined our club that night. They and others who joined our club during the past 12 months stood up and told us about themselves.

We watched the film A Great Ride and heard filmmaker Deborah Craig talk about where lesbians move to when they retire. Oakmont was included, and several of our members appeared in the documentary.

We are all bow-at-their feet, forever-indebted to Sue Dibble and Jeanne DeJoseph, who in 2011 got the idea to make us a recognized Oakmont Club. They organized lesbians living here then, applied for and received approval from OVA for our status as an official organization.

This month’s general meeting on November 8 at the Berger features Kevin Hubred, general manager of the Oakmont Village Association. Come at 6:30 p.m. to visit before the meeting starts at 7. Kevin will discuss issues related to Oakmont and answer any questions you have. All women who live in Oakmont are welcome to come to our meetings and events.

The Oakmont Rainbow Women meeting scheduled for March 12 has been canceled.

Dorothy Webster and Rochia Holmquist RETIRED FROM A UNIQUE JOB Sherlyn Stahr recently retired and moved to Oakmont with her partner Kathy Hymans. The Rainbow