Remember those glass doors at the East Rec that have been blocked off for years now due to the rotten deck? The old conference room doors now become windows, as there is no deck to step out onto any more as the “wraparound” part of the deck no longer exists. 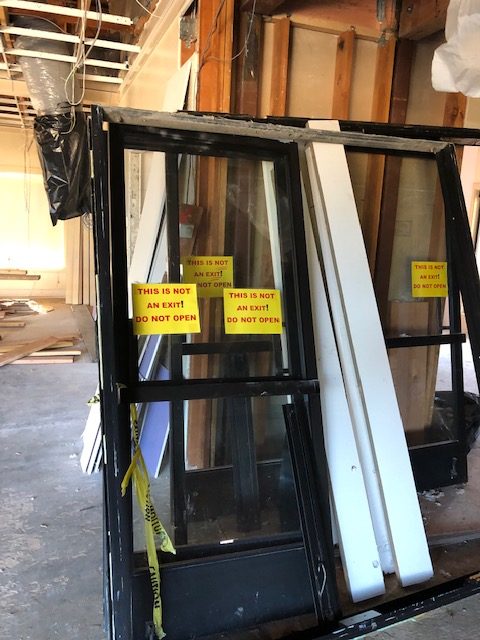 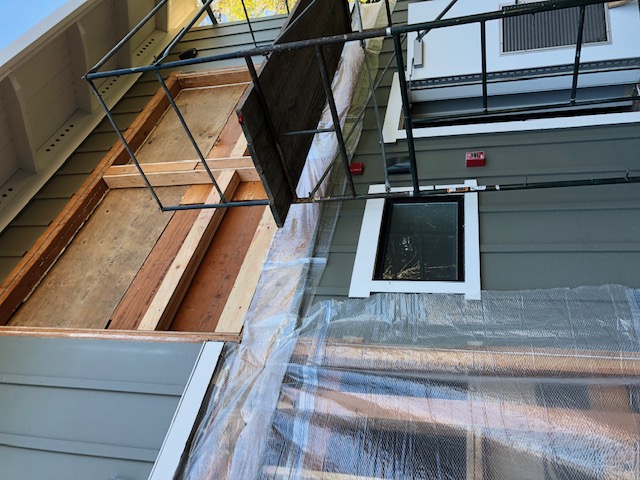 Remember those bulldozers at the East Rec that went away a little while ago because of the rain? Well, they are back regrading and filling the trenches that had been dug for installing new piping by the pool contractor. 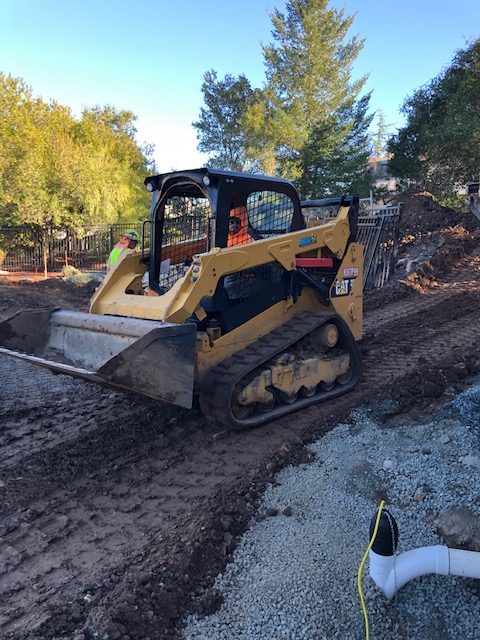 Not just one bulldozer, but two! 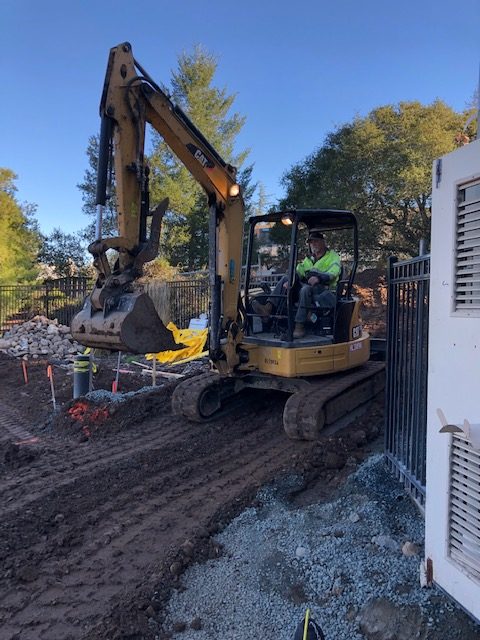 The plywood sheathing roof “lid” has been put on the two story addition. 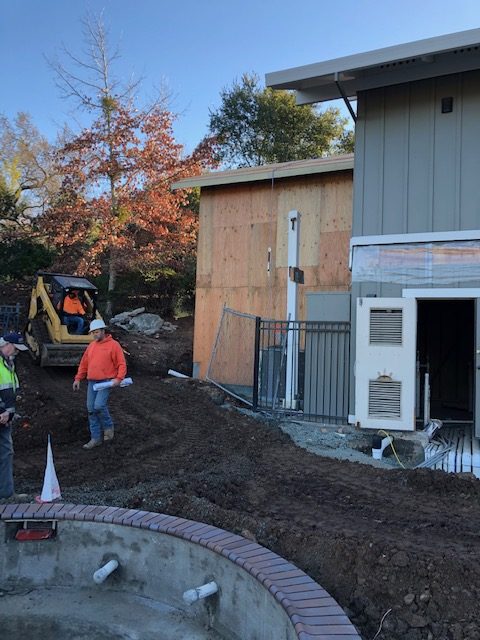 The grout color for the coping tile has been confirmed as of today, as you can see with this visual sample done for on site approval. 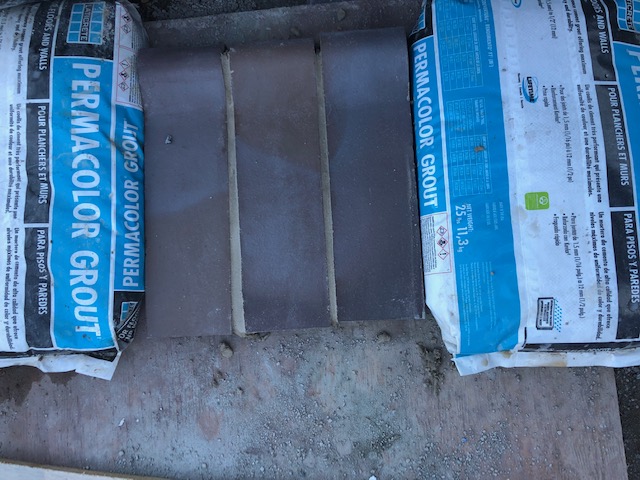 Sheetrock for the upstairs baths has been completed and the nailing pattern passed inspection. You will notice that while the foyer sheetrock is the regular kind, the bathroom sheetrock has purple paper, which means it is water resistant rock. (It used to be green, but hey, times change.)
NOTE TO SELF- the walls are being painted , after the mudding occurs. The “purple” paper of the rock disappears behind the mudding of the seams and the white primer. Most of the bath walls will be tiled so only one bath wall will receive a finished paint color in each upstairs bathroom. I do mot want to hear any rumors about “purple bathrooms”! 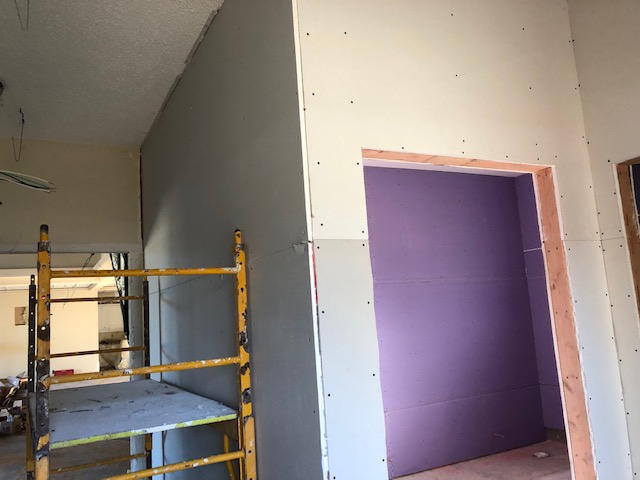 The outside pool shade sail has arrived and we visually inspected it to make sure it was the same color as the sample selection we chose from months ago. 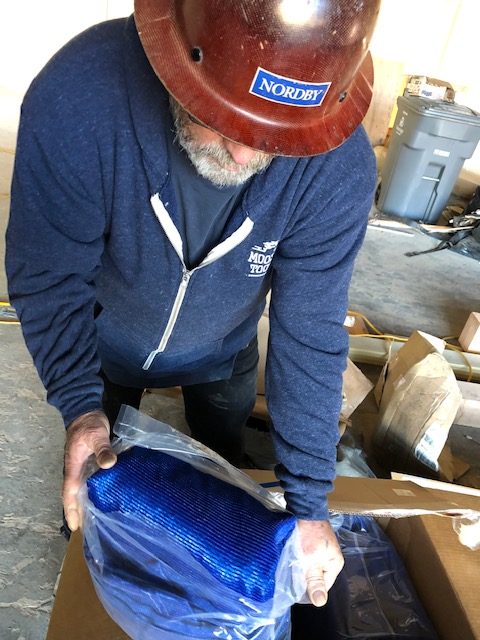 And last but not least the scaffolding for the Berger four corners seismic work was set up last week and wood cutting started as part of the necessary strengthening. There are custom metal structural pieces as well that will have to be installed at the four corners.
The Berger seismic 4 corner work will continue starting Tuesday, Jan. 8th and they will be working on the outside of the building from 7 am to 3 pm until it is completed, unless it is raining. 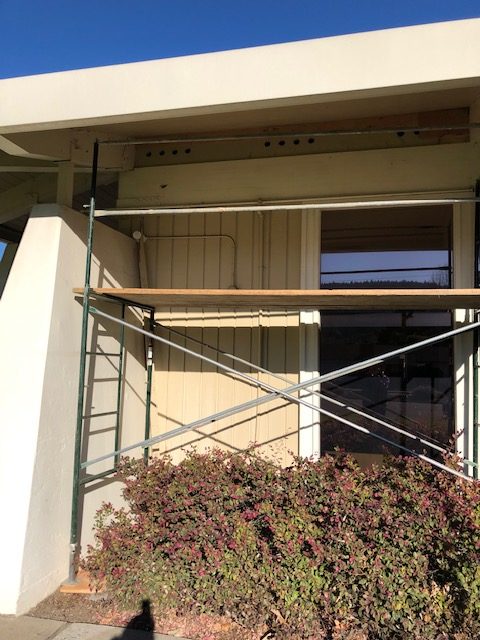 Today the paint color choices and grout color choices in the presence of all of the other finished products were finalized with input from designer David Harris (our East Rec artist in residence) and his partner, architect Richard Kasten. It is going to look great! 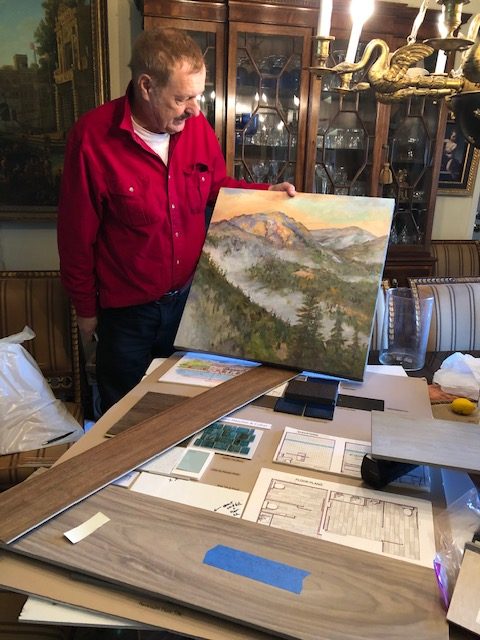 Iris F. Harrell
BCC Chair OVA
We are all in this together…2018