Demolition of the interior of the East Rec Center and 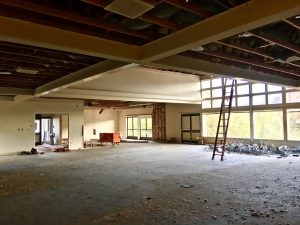 the pool area is nearly finished, and despite running into unexpected snags, the project is still on course for completion in late January. Contractors will also have to dig across the parking lot to run a new high-pressure water line to support the new fire sprinklers and compact soil around the pool and patio to meet modern building codes. The project, which significantly increases usable space inside the center, improves the functionality of the building and for the first time makes it fully accessible to those with disabilities. The center will re-open with a new 35-year life span. The cost is estimated at around $2.75 million including overruns resulting from hidden grading and electrical issues, 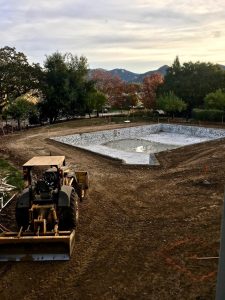 which required moving some electrical and sewer lines, as well as increased materials and labor costs as a result of the 2017 wildfires. (Photos by Julie Kiil)