Jess R. Marzak, who has served on key Oakmont committees for the past two years, has been named to the OVA board, filling the spot vacated by the death May 1 of Al Medeiros, who died of pneumonia five weeks after being diagnosed with lung cancer. 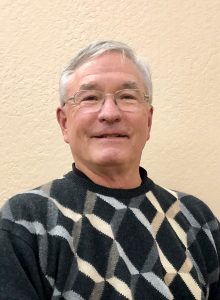 Marzak, a resident of Oakmont with his wife, Debra, since 2015, was one of seven candidates for the board vacancy. He was a member of the Election Rules Committee in 2017 and 2018 and is a member of the Long Range Planning Committee. He said he wants to participate in addressing the wants and needs of the community.

After earning his MBA from the Wharton School, University of Pennsylvania, in 1974, he was vice president and senior lending officer in the Aerospace, Airline & Electronics Section for Bank of America in Los Angeles from 1974 to 1979. He was vice president of Citicorp Venture Capital in San Francisco from 1979 to 1983 and managed all its operations in the western United States from March, 1981 to June, 1983.

Marzak was a founding general partner of Paragon Venture Management Co., Menlo Park from June, 1983 to February, 1994. He was managing director of BA Venture Partners, Foster City, from February, 1994 to August, 1999. Following this, he was chief operating officer and CFO of WhiteHat Security, Santa Clara from March, 2003 to January, 2005. He has been a member of the Governing Board of March Healthcare Development in Riverside since 2006.