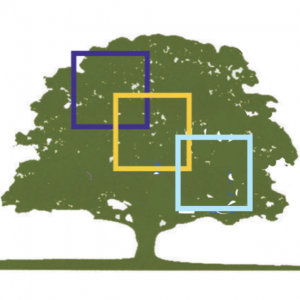 Phil Herzog is a Sonoma County native from northwest Sebastopol near Occidental. His parents met square dancing. He remembers watching them dance to live music in Sebastopol.

Phil worked at his parents’ nursery and also designed and built custom koi ponds and waterfalls. He loved making customers happy with designs more beautiful than anything they had imagined. He also worked as a roofing estimator which offered a good balance of office work and field work, as well as flexible hours.

Phil describes himself as “sort of an entertainer”. He created walk-in mazes at events such as the Harvest Fair and First Night Santa Rosa. Sometimes (with parental permission) he would get kids extra confused by changing some of the walls while they were inside the maze! He also hosts the Just For Fun Games Club here in Oakmont.

In 2008 Phil was invited to a square dance while on a trip to Portland. It was the third week of a new class, meaning that there were already several calls for him to learn … and he loved it. When he got home, he inquired around and ended up in a class with the club Singles and Pairs which meets at Monroe Hall in Santa Rosa. It was there he met Carole, who “is so beautiful and danced so well that we got married!” They continued dancing with Singles and Pairs and have also danced with Circles and Squares in Santa Rosa, the Redwood Rainbows in Sebastopol, and with clubs in Petaluma.

In 2011 Phil began having problems with his right leg. A brace and surgery later, he kept on danc-ing, but the problems slowly worsened until he had to stop dancing in 2013. In 2014 he and Carole opted to downsize from their 140 acres and made the move to Oakmont to be closer to “every-thing”. In 2015 Phil began using a wheelchair.

He missed square dancing so much that in 2018 he began asking if there was interest in forming a club in Oakmont. He was pleasantly surprised by the response. He credits Dave and Jenny Watts for helping to get the club going in early 2019. When the new club needed a caller, Phil began to learn … and plans to continue learning! As part of the learning process, they visited various clubs where he would watch the dancers and listen to the callers while Carole relearned the steps. After a couple of months of watching, he began to step (or rather, roll) in when needed and thus, began to square dance in his wheelchair.

Phil describes square dancing in a wheelchair as “mostly the same, except that I occupy more space than I used to, so I need to watch out for the other dancers. Sometimes I need to modify how I move through a call, and sometimes the caller needs to slow down a little for me. But it works great!”

PrevPrevious ArticleWater Aerobics
Next ArticleCome together To Raise AwarenessNext