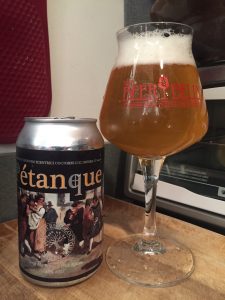 This event has already happened.

The annual Oktoberfest celebration, canceled in 2020 due to the pandemic, will kick off on Saturday, October 16, at 9:30 a.m. at the Pétanque Courts with registration for the Oktoberfest Tournament (melée format: randomly assigned teams). The Tournament, the club’s second of 2021, is limited by the capacity of the courts to the first 18 registrants.
Club member Jean-michel Poulnot is the tournament director who will handle registration and randomization of teams. Play begins at 9:45 a.m. Winning teams will be announced at the conclusion.

A Potluck Lunch, to which all club members are invited whether playing or not, as well as their spouses/partners/companions, will begin at approximately 12 noon. Please bring your own beverage, chairs, and a lunch dish to share. Cups, plates, and utensils will be provided.

The Pétanque Club, celebrating its 25th year in 2021, will have representatives present at OVA’s Join a Club Night in the Berger Center on September 28. Interested Oakmonters are warmly invited to drop by the Pétanque table to learn more about the game and the club.

As one more indication of Pétanque’s prominence in Northern California, Sonoma Valley High School seniors Rosie Houghton and Natalie Wetzel are two of four teens named to the USA National Youth Team according to a recent article in the Sonoma Index-Tribune. The team will compete for the Pétanque World Championship in Santa Susanna, Spain on November 12-14. Northern California is its own region of the Federation of Pétanque USA, and although it is by far the smallest geographic region, it has the greatest concentration of pétanque clubs in the country.

Houghton and Wetzel continue a tradition at Sonoma Valley High that extends back to 2007 when four SVHS teens comprised the entire U.S. team for the world junior championship in Japan. Their supporters have started a GoFundMe page help fund their way to Spain (https://www.gofundme.com/f/send-2-sonoma-girls-to-boules-world-championship?qid=275beda1a5fc470b476dbc1bc6ed2839).

The Club encourages all Oakmonters who may be interested in playing or learning to play pétanque (pay-tonk’) to come to the courts (between Berger and the OVA offices) at 9:45 a.m. on the Club play days of Wednesday and Saturday. There are boules to lend, the game is easy to learn, and you’ll be playing right away. Anyone interested, regardless of experience, is welcome to join in. No dues are required – just sign up to be on the Club roster. Club play days are casual friendly games with teams randomly assigned. The courts are also reserved 10 a.m. – noon for Club player-arranged pickup games on Monday, Tuesday, Thursday, and Friday. The Club’s annual Oktoberfest Tournament is on Saturday, October 16.