Al Medeiros, re-elected in April to the Oakmont Board with the most votes among five candidates, died May 1. Medeiros, 72, died of pneumonia, five weeks after being diagnosed with lung cancer and beginning treatment, his wife, Connie, said. 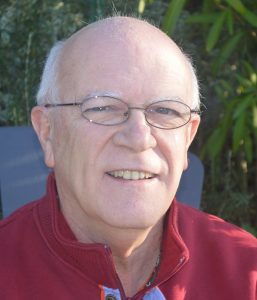 “Our 3 1/2 years in Oakmont were some of the happiest years of his life,” she said. “We have met so many wonderful, interesting people. I can’t thank people here enough for all the love.”

Medeiros was born in Chicago and studied at the University of California at Berkeley before embarking on a career as a computer programmer. He worked for IBM in Gaithersburg, Maryland, for 20 years before coming to California in the early 1990s to join some startup companies. The couple moved here from Morgan Hill.

In addition to the board, Medeiros’ Oakmont activities included providing free computer help for residents, pickleball and current events.

“In the relatively short time Al lived in our community, he made countless contributions and friends,” OVA President Steve Spanier said in an online statement. “I and many others will miss Al very, very much.”

“Al cared very, very deeply about Oakmont. Although he often formed strong opinions about aspects of Oakmont life, he was always open-minded, thoughtful and willing to change his mind,” Spanier wrote.

“Oakmont has lost a man willing to work tirelessly on its behalf. Many of us have lost a friend,” Spanier said.

Board Vice President Tom Kendrick recalled: “What stood out for me most strongly with Al, particularly in his service on the Oakmont BoD, was his unwavering commitment to finding good, fair answers to the issues we faced. He said, ‘Don’t create problems, solve them,’ and that is what he did. He had a remarkable ability to look at all sides of an issue and commit to a conclusion – sometimes an answer that was the opposite of where he started. Al believed that OVA Board members must be clearly focused on the best interests of our community, and that consistently guided his actions.”

The president of the Pickleball Club, Fred Merrill, said“Al was a force in the start up for Oakmont pickleball. His

vision and leadership was to get the east courts measured, built and completed so the players had courts for this activity.

“The pickle popularity at our first annual tournament two weeks ago drew over 70 players and spectators. Al predicted this outcome and we are in indebted to him and he is missed as he was also a great player and sportsman.”

In his campaign for re-election to the OVA Board, Medeirosstressed “building community consensus around common goals.” He also advocated “improving communication between the board and members,” and working together to reach a common ground. Among other things, he held “meet and greet” sessions with members.

In addition to Connie, survivors include two daughters, Vicki Sakuma of Pomona and Jennifer Medeiros of Alameda, and a son, Andy, of Hayward.

Connie Medeiros said her husband hadn’t wanted a traditional memorial service, but his friends were invited to join her at 7 o’clock on the evening of Wednesday, May 8 on the Berger Center lawn to, as one friend put it, “laugh, share a memory, sing a song, dance around the Maypole and enjoy a glass of wine.” 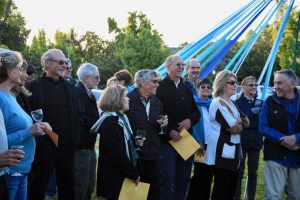 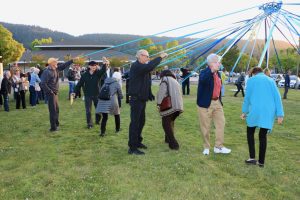 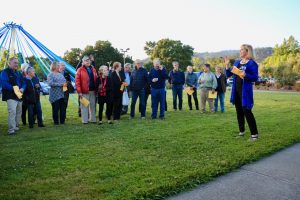