With the gift-giving season at hand, popular blogsite All About Petanque (petanque.wordpress.com) recently announced that Pétanque America (petanqueamerica.com) is once again selling competition grade La Franc boules. La Franc, headquartered in Thailand, is the world’s second largest boule manufacturer after France’s Obut, which has 80% of the market.

Priced below Obut for high quality, competition boules, La Franc was long a popular choice of U.S. players until shipping and supply problems appeared. Apparently those problems have been solved. With an increasing American demand for boules in a variety of weights, sizes and groove patterns and a favorable dollar/euro exchange rate, Pétanque America has resumed selling La Franc in addition to Obut.

Recreational players don’t need to buy the more expensive competition-certified boules if they don’t intend to compete in FPUSA-sanctioned tournaments. Reasonably priced generic boules are fabricated, like competition boules, from carbon, stainless or nickel chromium steel. They meet FPUSA size and weight standards but are not number-stamped and certified.

Another non-tournament alternative is leisure boules, which are chrome-plated, thin steel and available from a variety of suppliers. All About Pétanque cautions, however, to be wary of inexpensive eight-boule sets frequently offered on sites like Amazon as “bocce/pétanque balls.”

The eight-boule sets contain 4 pairs of differently grooved/patterned boules. The problem is that players’ boules are distinguished by their grooves or patterns and pétanque requires three matched boules per player for singles and doubles (two matched boules for triples). Pétanque players therefore need to look for sets of either three boules with the same pattern or six boules with each set of three similarly patterned.

Both Pétanque America and All About Pétanque offer size/weight purchase guides.

Pétanque play via player-arranged pickup games continues on the Oakmont courts between Berger and the OVA offices/Umpqua Bank. Using the two side courts and leaving the middle court vacant to promote social distancing, the maximum number of players currently permitted is 12. 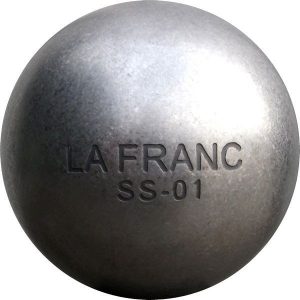 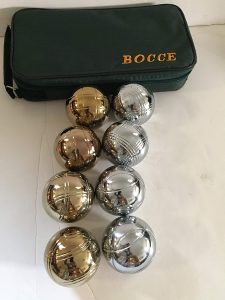 “Bocce/Pétanque Balls” 8-boule set to be avoided.
(photo by Amazon)

We are the world 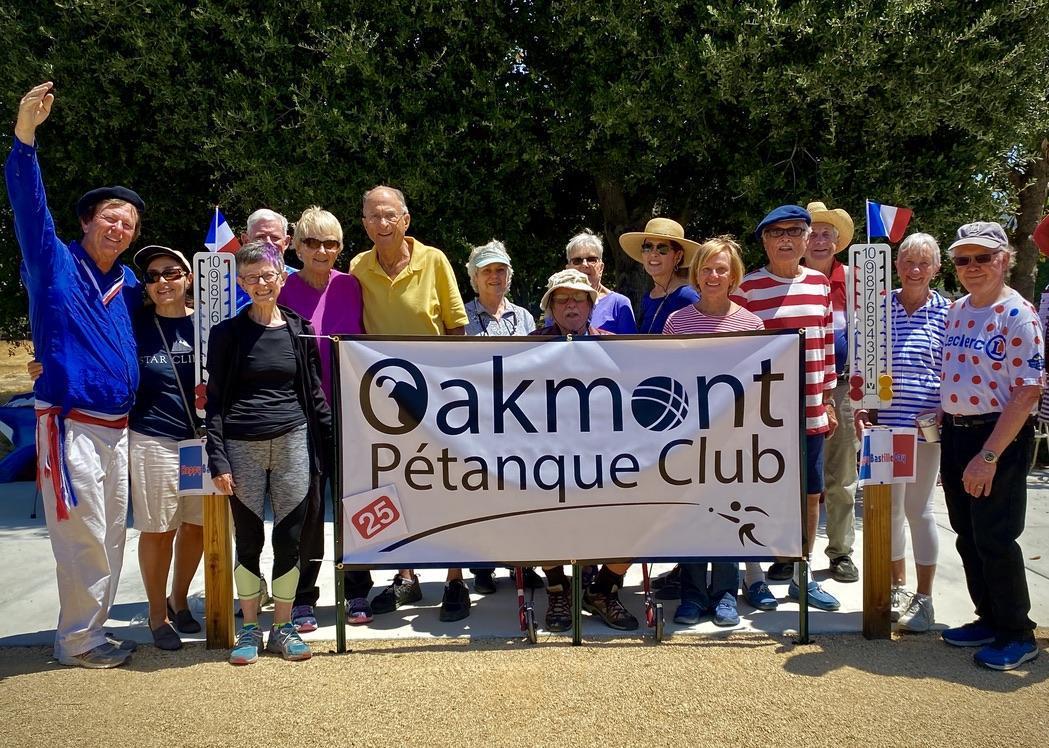 JACK, BY ANY OTHER NAME

SIR, Inc. Branch 92 has elected Fred Merrill as “Big Sir” (President) for the year 2022. Here is what Fred has to say about SIR

Captions for Hard of Hearing

As announced earlier, HEARS has restarted and we are anxious to get together to discuss how to support our mission: “Help Oakmont Residents cope with

By John Brodey New Year’s Promise For most of us, the new year brings with it a promise of hope, of change. It’s an annual