Because only six boules are on the terrain after both have thrown in singles, players will be able to identify their boules with little confusion. But in doubles and triples after everyone has played, there are twelve boules to be picked up before the next end can begin. The result is a complex “dance” of players in close proximity to each other identifying, bending down, and picking up their boules. Individual “moves” in this dance can also include kicking one’s boules away from the pack before picking them up or using a dangling or telescoping magnetic lifter to retrieve boules in the midst of the pack.

So, an etiquette question naturally arises: “Since I’m down here anyway, should I also pick up the nearby boules of other players and hand their boules to them?” The short answer: “No.” The longer answer: “If and only if such assistance is actually needed and asked-for.”

First, since the Covid-19 pandemic, it remains an official rule in sanctioned international, national, and regional tournaments that players may not touch another’s boules. Since some boules can appear similar at a glance, unless a player is certain that a boule is his or hers, picking up should be deferred until others have identified their boules.

Second, in pétanque, each individual plays with personal, not shared or common equipment, so it is logical that players should look after their own. Although public health rules are increasingly forgone in local club play, they reinforce the normal expectation that each player will find, identify, and pick up his or her own boules. In addition, as a practical matter, some players have strong proprietary and/or superstitious attachments to their boules. It’s reasonable that such predictable idiosyncrasies should be anticipated and respected.

Third, the process of multiple players simultaneously scouring a small territory to find and pick up each of their own randomly distributed boules is complex enough without someone interrupting the rhythm and economy of each player’s movements. Notwithstanding natural and kind intentions to be helpful, pétanque etiquette is that each player should handle only his or her own boules, thus reducing the already ample opportunity for collisions, drops on toes, and head-buts.

The Club encourages all Oakmonters who may be interested in playing or learning to play pétanque (pay-tonk’) to come to the courts (between Berger and the OVA offices) at 9:45 a.m. on the Club play days of Wednesday and Saturday. The Club has boules to lend, the game is easy to learn, and you’ll be playing right away. Anyone interested, regardless of experience, is welcome. No dues are required – just sign up to be on the Club roster. Club play days are casual friendly games with teams randomly assigned. The courts are also reserved 10 a.m. – noon for player-arranged pickup games on Monday, Tuesday, Thursday, and Friday. 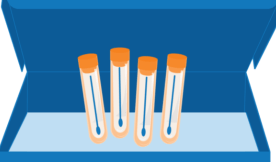