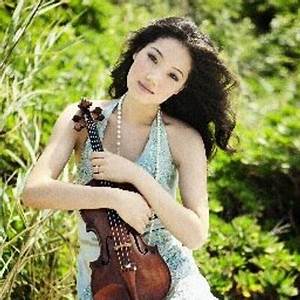 On Thursday March 14 Music at Oakmont is delighted to welcome violinist Rachel Lee Priday for her second appearance on this series. Known for her elegant playing and riveting stage presence, Ms. Priday has performed with major international orchestras as well as at prestigious recital venues. Her collaborator for this recital will be the distinguished pianist David Kaplan.

Ms. Priday and Mr. Kaplan have chosen a wonderfully varied program of sonatas by Beethoven, Janacek, and Richard Strauss. Additional program details, including program notes, may be found at www.musicatoakmont.org. An excerpt follows. 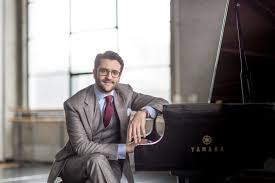 In the late 18th century the concept of “violin sonata” (referring to a work for violin and piano) did not exist. Haydn and Mozart both wrote sonatas for keyboard and violin, but the violin part was simply a subservient accompaniment to the keyboard. Then Mozart in 1778 produced a collection which he called “Clavier duetti mit violin.” An alert contemporary critic noted that these pieces were “abounding in new musical thought and hints of the composer’s genius, very brilliant … the accompanying violin is all the while so artfully intertwined with the keyboard part that both instruments remain constantly in the forefront so that the sonatas require a violin and keyboard player of equal accomplishment.” And thus was born the modern violin/piano sonata (or just, “violin sonata”). Beethoven built on this fundamental change, though he still called his works “Sonatas pour le Piano-Forte avec un violon.” But the two performers were now clearly equal partners.

The “Spring” Sonata (written in 1800-01, the apt nickname not by the composer) is dedicated to one of Beethoven’s most loyal patrons, Count Moritz von Fries: bank proprietor, avid art collector, and treasurer to the imperial court. The Count’s palace in Vienna featured an elegant concert theater. It was there that in April of 1800 Fries invited Beethoven and the visiting German virtuoso Daniel Steibelt to take part in a piano-playing contest, a bizarre but not uncommon entertainment of the time. Beethoven won, in a unanimous decision.

Beethoven’s String Quintet Op. 29 and his Symphony No. 7 were also dedicated to the Count, in addition to both the “Spring” Sonata and its predecessor, Op. 23. Beethoven continued to receive a dependably regular stipend from Fries for many years, until bankruptcy befell him in 1825 as a result of the Napoleonic upheavals.

Heads up: The third movement “Scherzo” of the “Spring” Sonata” reveals Beethoven’s sense of humor at its wickedest. The “joke” (literal meaning of the word “scherzo”) is the composer’s writing of the violin part so that it starts and remains doggedly one beat behind the piano part, sounding like a mistake. Beethoven appreciated, though, that brevity is indeed the soul of wit: the entire movement clocks in at barely one minute!