Koch performs for audiences several times a month, has been onstage in London, New York, San Francisco, Los Angeles, and many other cities and music festivals. Jill Cruse, of Olivia travel, discovered her in 1993 and has put her on Olivia cruises ever since, along with favorites Susan Westheimer, Margo Gomez, and Kate Clinton.

Buy a ticket for $25 at the door on Feb. 9, or write a check to Oakmont Rainbow Women for the number of tickets you want, put it in the Rainbow Women folder in the Club Cart at the OVA office, and pick up your tickets at will call. 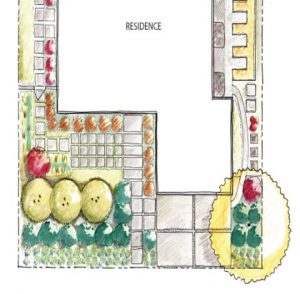 At our general meeting last month, Oakmont Village Association General Manager Kevin Hubred gave us a comprehensive overview of all aspects of Oakmont that he and his staff manage. We learned there are 67 residential subdivisions in Oakmont, with 37 HOAs. Some of these HOAs have only three homes; some have 200. Most have around 70 homes. Two thousand owner-maintained homes are not in an HOA other than the OVA.

The Oakmont board decides on budget expenses and projects to take on. Kevin strives to maintain civility at all board meetings and in all back-and-forth communications between homeowners. He works hard to ensure that Oakmont maintains the value of our properties and fulfills its mission statement, which is “to provide athletic and recreational and club facilities for the use of the members … and their guests.”

Kevin has a priority of making Oakmont fire safe and hopes to receive a grant from the state to change our landscaping and plants. He showed yard designs that maintain 100 feet of defensible space around a structure, use only fire-resistant/drought-tolerant plants, and eliminate ladder fuels (which can burn upward into trees).